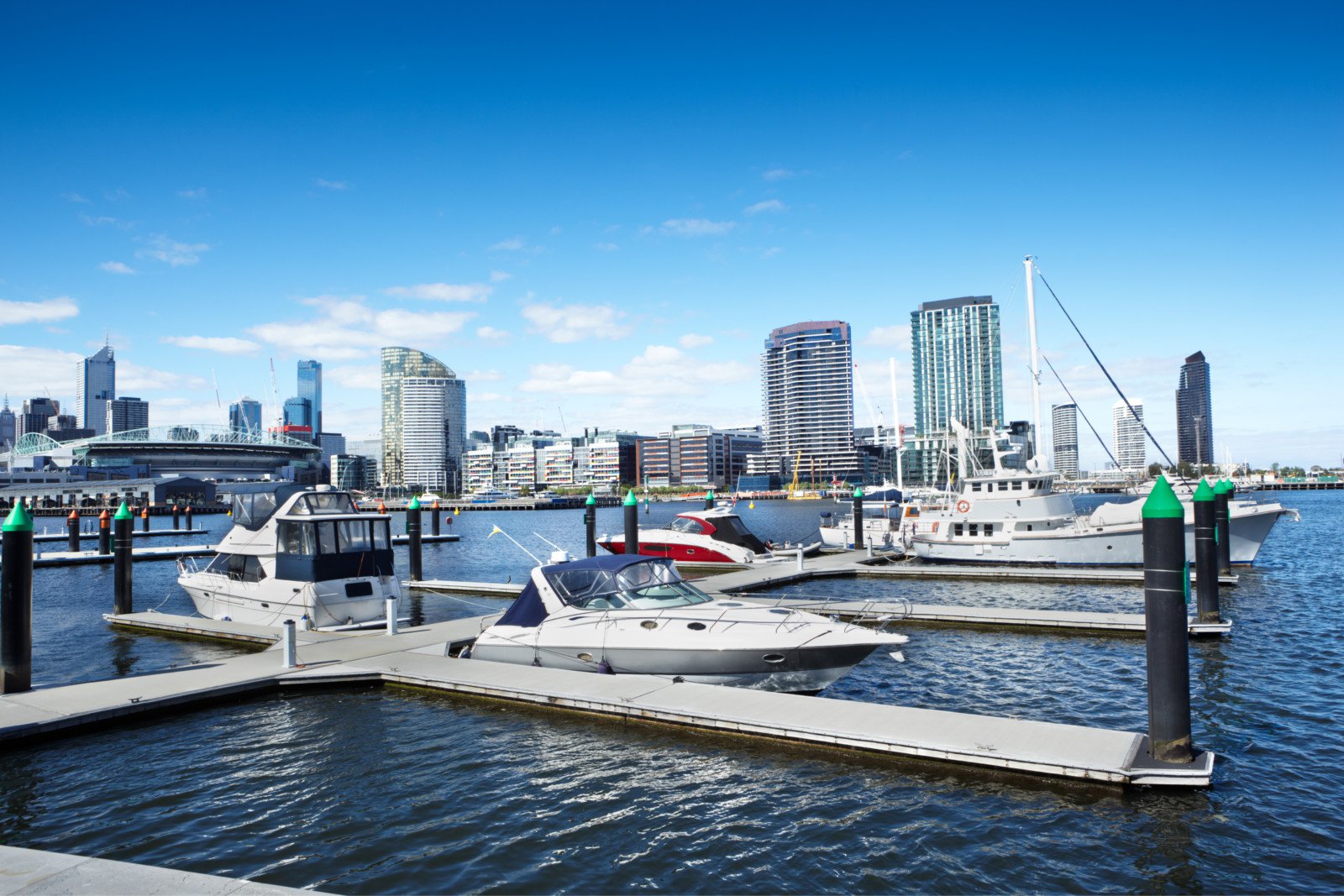 Docklands is an ever evolving, inner city location with a relaxing waterfront lifestyle. Located only 2 km west of Melbourne’s Central Business District and falling under the City of Melbourne local government.

Docklands consists of land and water totalling 200 hectares. It is bounded by Wurundjeri Way and the Charles Grimes Bridge to the east, City Link to the west and Lorimer Street across the Yarra to the south and is a primarily waterfront area centred on the banks of the Yarra River.

Docklands has expanded from the original New Quay development which once only featured the marina, restaurants and apartments. It is now a bustling waterfront precinct offering a mix of inner city living, shopping, business, parks, entertainment, dining, sporting and community events, arts and culture and home to the famous Docklands Stadium, Melbourne Star observation wheel and Library at The Dock, a next-generation library and community hub which also has a recording studio, creative editing suites, community spaces and a large performance venue.

Docklands is also the national headquarters for a number of major businesses including the National Australia Bank, ANZ, Myer, AXA, Bendigo Bank, Medibank Private and the Bureau of Meteorology, making it a great location for working professionals.

Wurundjeri Way is the main bordering road and connects to the nearby Westgate Freeway. Flinders, Collins and La Trobe Streets link the area to the CBD. Public transport options include Southern Cross Station and five tram routes as well as the free City Circle Tram. Docklands also has pedestrian links, several off-road bicycle paths and three ferry terminals connecting to the CBD and inner bayside suburbs.