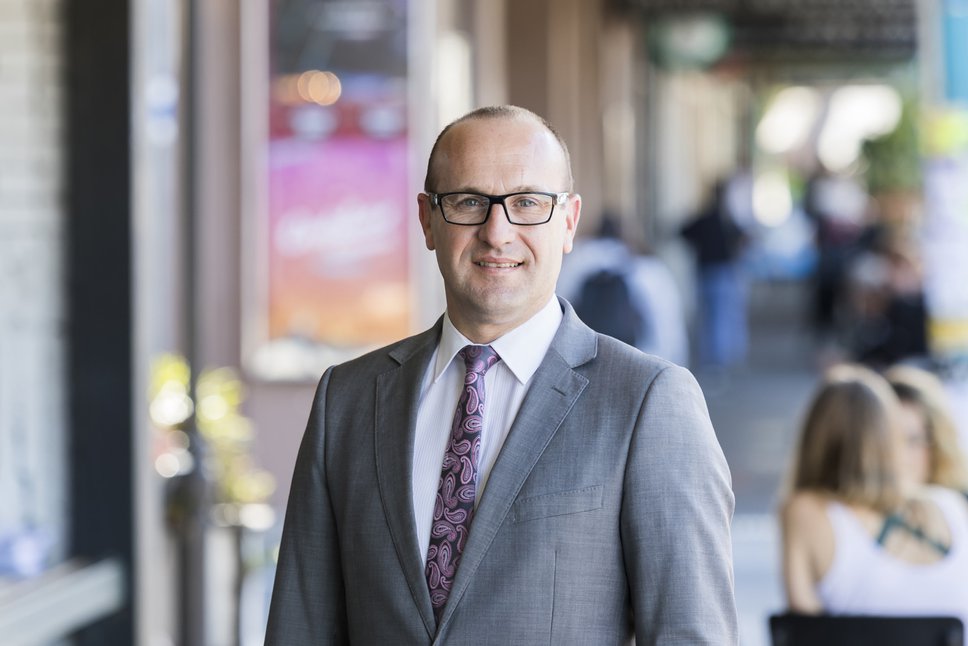 “For the past fifteen years I’ve enjoyed nothing more than assisting my clients in realising their financial goals through the buying and selling of real estate.”

One of Nelson Alexander’s most respected, experienced and awarded agents, Robert Enes has an instinctive competitive nature and unwavering commitment to succeed – all of which comes from a very different source.

A gifted footballer, Robert was privileged to represent Australia as an Olympian at the 1996 Atlanta games as well as numerous World Cup qualifiers with the Socceroos.

Towards the end of his soccer career, Robert discovered he had another equally important and prodigious talent – sales!

Trading one dynamic field of play for another, Robert Enes was soon kicking goals of a very different kind.

Achievements through his career include twice being named Nelson Alexander Salesperson of the Year, REIV Senior Auctioneer finalist, as well as a myriad of testimonials and impressive repeat/referral business.

A proud father of four, Robert still loves his soccer as well as unwinding with family and friends or a relaxing spot of fishing.

Above and beyond our expectations from the initial meeting of discussing our home and the Marketing Plan that is best suited to selling our house through to our Auction day, we are appreciated of Denise and Rob. Their communication throughout the 4 weeks was flawless, ensuring that we were kept up ... View more

Review by Tracy and Michael, Vendor

I have recently sold a property with…

I have recently sold a property with Nelson Alexander, Northcote office. From the beginning the agent, Robert Enes, was very professional with every aspect of the campaign. He was enthusiastic about the sale of my property and he demonstrated excellent communication skills. The feedback l receive... View more

Denise was absolutely delightful to deal with! Unfortunately my separation meant that I was not able to sell my house in Northcote for 2 years - Denise stayed in touch with me the entire time, she never hassled me but was very polite guiding me through the process & was so helpful explaining all the... View more

Rob is an excellent salesman

Rob has been fantastic from the get go

Rob has been fantastic from the get go, ensuring all my questions and concerns were answered promptly as well as swift action taken on key milestones for the sale.... View more

I used Mason Staver of Nelson Alexander to buy, sell and then buy again. Mason was personable, thoughtful, diligent, patient and honest. He ensured that my home was presented for sale beautifully, communicated well and efficiently managed variations to the terms of the sale. When helping me buy, he ... View more

Denise sold our property at 4 Chapman Street with an amazing result. Denise was a pure professional from the get go. Her market knowledge, along with her personable and warm approach was absolutely amazing and she is the best realestate agent that we have ever dealt with. I would highly recommend De... View more

Review by Jody and George, Vendor

Robert Ennes recently sold my home in Northcote and I can not recommend Robert, Denise and the team at Nelson Alexander highly enough.I had been attending Open For Inspections on and off over the past few years as I had decided to downsize and I had met Robert Ennes and Denise Kriaris from Nelson Al... View more

Robert had great knowledge of the type of buyer that my property would appeal to and had the contacts. Robert and his team were helpful and efficient and made the whole process painless.... View more

Denise was very approachable and engaged with us immediately without being overbearing. She answered all of our questions and followed through with our queries. She remembered our faces and our name when we had a return visit to the apartment. Denise came to us to have contracts of sale signed and... View more