Several overseas studies of property-buying trends show that “fundamental forces” have driven up house prices in many cities in developed countries. These global market drivers include a greater willingness to spend more on living arrangements, strong household balance sheets, and the severity of supply constraints in sought-after city locations.

Coupled with other major factors, these buoyant underpinnings indicate higher prices are likely to endure, a situation that is being helped by the reality that many urban property markets are becoming less affected by rises in interest rates.

According to new research, Melbourne’s median house price has reached a record high, soaring to $1,101,612 in the final three months of 2021, on the back of buyers hurrying back to the market after the city’s sixth lockdown.

Melbourne house prices leapt by 5.8 per cent over the December quarter, or around $660 a day, adding $60,749 to the median, Domain’s latest House Price Report revealed.

The national median house price for the capital cities combined hit a record high of $1,066,133 last quarter, Domain figures show, after lifting almost $215,000 over the year.

With economists increasingly canvassing the likelihood of increases in official interest rates, some prospective buyers are expecting significant falls in the price of Melbourne real estate.

But Nelson Alexander company director Arch Staver says it’s a grave error for any housing market participant to anticipate that prices will come crashing down.

“Yes, the Melbourne market is high, and there may be little dips in prices going forward,” Mr Staver says.

“But these dips are not so much a correction as an indication of a lack of enthusiasm from some buyers, which may keep prices at current levels, or just marginally under the level, they are currently at.

“There isn’t going to be any severe correction – and I think people need to come to terms with that.”

A recent study led by Gabriel Chodorow-Reich of Harvard University suggests that rapid spikes in house prices, some analysts believe are signs of a housing bubble, may, in fact, be the product of fundamental economic shifts.

The Harvard study shows that the monumental house-price increases in America in the early to mid-2000s were largely a consequence of factors such as urban revitalisation, growing preferences for city living and rising wage premiums for educated workers in cities.

House prices rose especially sharply in the years before the 2008 Global Financial Crisis, before plateauing. But by 2019, American house prices had regained their pre-financial-crisis peak.

According to a recent article in The Economist, fundamental forces may also explain why house prices today are so high—and why they may endure.

Three of the key identified forces are— robust household balance sheets, people’s increasing readiness to spend more on their living arrangements, and the severity of supply constraints.

The article notes that in contrast with some previous housing booms, well-off people with stable jobs have driven the surge in prices.

In countries such as Canada, the United States, Germany and New Zealand, just as in Australia, banks significantly tightened credit standards for mortgages in 2020 and 2021.

For many people getting a mortgage has become harder, not easier. People are also less vulnerable to rising interest rates—and thus less likely to experience foreclosure, which often leads to fire-sales and depresses prices. 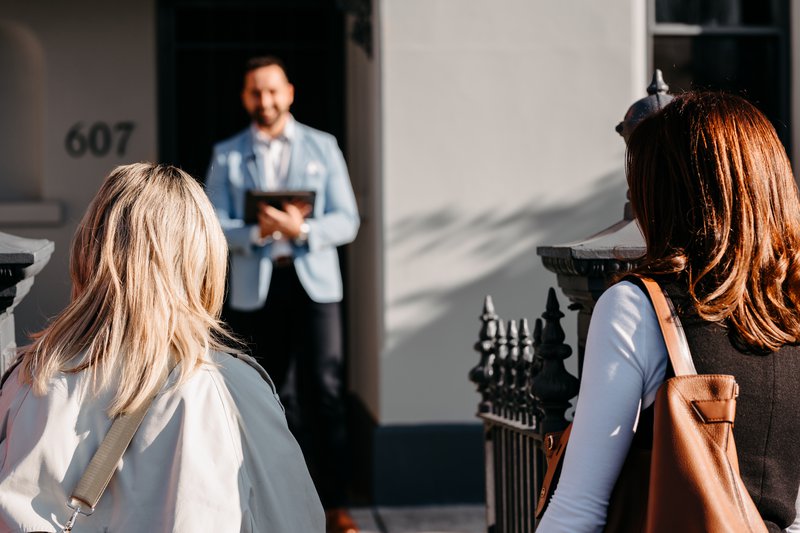 The demand for space may continue to be the driving factor in the 2022 market.

This is partly because rates are rising from a low base. But it is also because many countries are following America down the fixed-rate-mortgage path, which in the short term protects people against increases in borrowing costs. In Germany, long-term fixed products are twice as popular as a decade ago. Almost all new mortgages are fixed-rate in Britain, with five-year deals now more common.

Demand for greater space is another reason global house prices may stay high.

Mr Staver expects this race for space to continue to be the driving factor in the 2022 market.

“Having more space is going to be at the top of the agenda for most people this year,” he notes.

“Flexible working is probably going to be in place for longer than many of us anticipated. So having a ‘Zoom room’ or that extra room where you can work from home will remain very popular with buyers.”

Constraints on supply, which are being seen in cities from Vancouver and Los Angeles to London and Auckland, are firmly in evidence in Melbourne, too.

“Our listings are less at this time of the year compared to the listing activity we attracted at this time last year,” Mr Staver says.

“You can reasonably expect that the supply level may not be as great this year, although we think it will be reasonable and that there will be choice. But we also think there will be more people fighting over the same houses.”

Across the developed world, household-saving rates remain unusually high, a factor that is allowing people to invest more in property.

Certainly, there is little evidence so far that the recent tightening in fiscal and monetary policy in numerous developed countries is provoking a slowdown.

Figures from The Economist and the International Monetary Fund show that in the third quarter of 2021, global house-price growth rose to an all-time high.

Interest rate rises appear to have a more muted impact than the rate hikes of previous decades. For example, New Zealand’s central bank has raised interest rates by 0.5 percentage points since October, but there is only the mildest indication that house-price growth is slowing.

Similarly, property prices are still rising in the Czech Republic, even though the central bank repeatedly raised rates in 2021.

Mr Staver says he can’t see any government implementing any policy that would bring down house prices.

“People have to come to terms with the fact that this is the nature of the market.

“There will be spikes and slight dips, but nothing of any significance that would encourage a person to delay a purchase. If you can afford to get in – irrespective of whether or not you are paying a little bit more for a property – then you should move to make that transaction.”

The Economist’s analysis of national statistics and archival records shows that in the years before the pandemic, house building in the developed world, once adjusted for population, had fallen to half its level of the mid-1960s.

According to the analysis, housing supply has become ever more “inelastic,” and increases in demand for homes have translated more into higher prices and less into additional construction of new homes – a trend further exacerbated by the pandemic.

If you would like more information on buying and selling in the current market, please contact any Nelson Alexander office.

Foundation Day is special to Nelson Alexander as it's the day we give back to our local community. It’s on this day that each of our sixteen offices donates the professional fee from one of their auct... View more

The number of people and businesses looking to purchase commercial property has spiked sharply in the past year, far outperforming the ... View more

Construction costs surge by 8.8 per cent in Victoria, sharply hiking up renovation budgets

Spending more than you bargained for is the Catch-22 of Melbourne renovation projects. Almost everyone who upgrades a property blows out their budget, sometimes by as much as 50 or 60 per cent.... View more

Foundation Day is special to Nelson Alexander as it's the day we give back to our local community. It’s on this day that each of our sixteen offices donates the professional fee from one of their auct...

The number of people and businesses looking to purchase commercial property has spiked sharply in the past year, far outperforming the ...

Construction costs surge by 8.8 per cent in Victoria, sharply hiking up renovation budgets

Spending more than you bargained for is the Catch-22 of Melbourne renovation projects. Almost everyone who upgrades a property blows out their budget, sometimes by as much as 50 or 60 per cent....